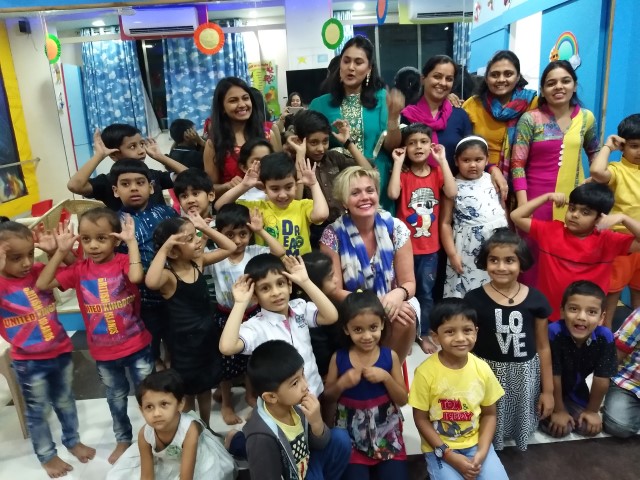 The 42 main sounds of English are introduced first. Children learn each letter by its sound,

not its name (for instance ‘a’ is learnt as it is heard in ‘ant’, not ‘ai’ as in ‘aim’). The sounds are not introduced alphabetically, but are in seven carefully-selected groups. The first group (s, a, t, i, p, n) can be combined to create the largest number of simple three-letter words. Letters that are easily confused, like “b” and “d”, are presented in separate groups.

The seven groups of letter sounds are:

Some sounds are written with two letters such as ‘ee’, and ‘or’ – these are known as digraphs. In the case of ‘oo’ and ‘th’, these can make two different sounds, for example, ‘book’ vs. ‘moon’ or ‘that’ vs. ‘thin’. In Jolly Phonics these digraphs are represented in two forms to distinguish between the two sounds.

Each letter sound has a corresponding action. By performing an action for each sound, students are using kinesthetic, auditory, visual and speech methods to help them remember the letter(s) representing each sound. It is suggested that one group of seven letter sounds is introduced a week. 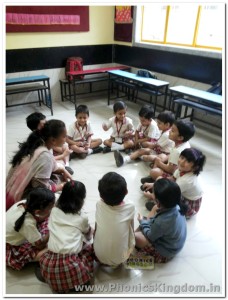 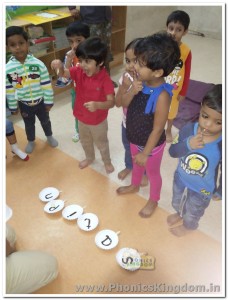 Children are taught how to form each letter in the correct way. They first use their finger to imitate how the teacher forms the letter in the air or on the board. They then move on to form letters using a pencil, held in the Jolly Phonics “froggy legs” grip between thumb and first finger.

The letter ‘c’ is introduced early on, as it forms the basic shape of other letters such as ‘g’ and ‘d’. Lower-case formation is concentrated on initially, then the formation of capital letters is taught.

This is the process of saying the individual letter sounds in a word, then running them together to make a word e.g. sounding out ‘d-o-g’ makes dog, which is automatic for literate adults but difficult for young children, as they might not know the sounds well enough and can lose track of the word if the letter sounds are not emphasized correctly.

Jolly Phonics suggests several methods for easier blending, such as saying the sounds quickly to hear the word and saying the first sound slightly louder.

This basic skill focuses on students hearing and identifying the sounds in a word to spell it correctly. Jolly Phonics suggests several methods for identifying sounds in words, such as beginning with simple three-letter C-V-C (consonant, vowel, consonant) words like cat, and say the word while tapping out the sounds and using rhyming games and poems to attune the ear to sounds in words. 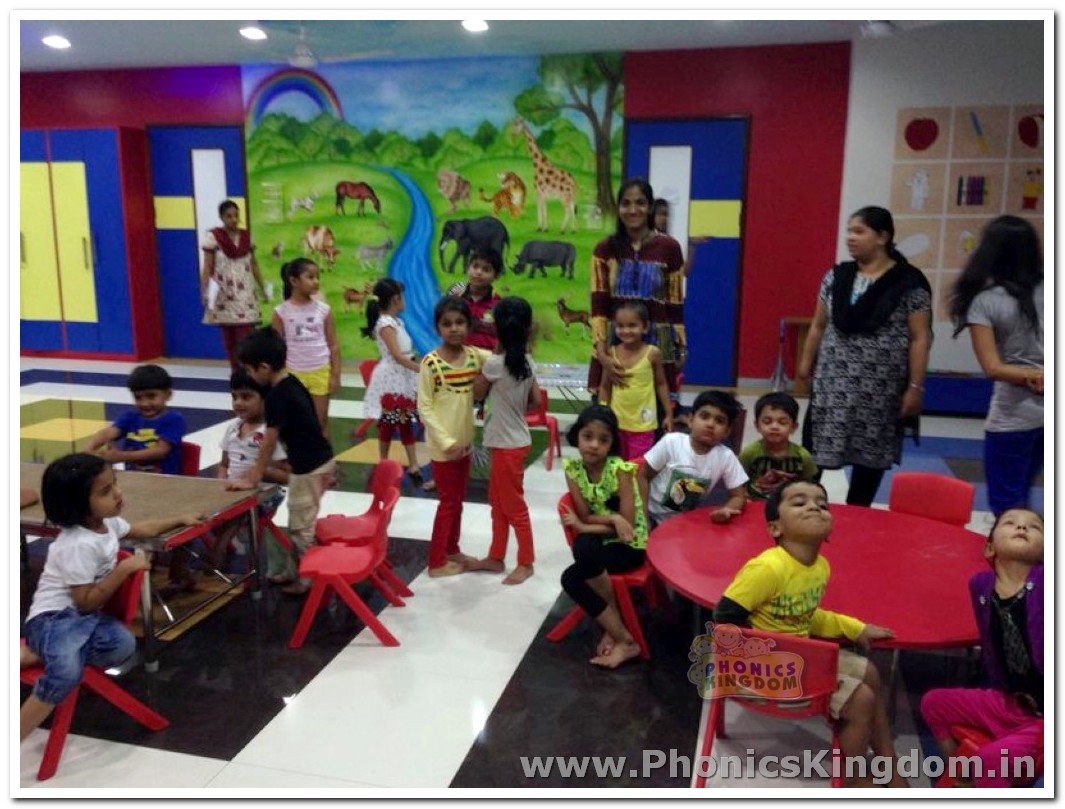 Some words in English have irregular spelling and cannot be read by blending, e.g. ‘said’, ‘was’ and ‘one’. These irregular words are called “Tricky Words” in the Jolly Phonics programme, and have to be memorized separately to increased reading fluency. This is begun once the students are able to recognize the 42 sounds and blend them into simple words.

Jolly Phonics suggests several methods for learning tricky word spellings, such as saying the word as it sounds, and using the Look, Cover, Write, Check method. Using cursive (joined-up) writing has also been suggested to aid spelling of memorized words.

When students have learnt the Jolly Phonics letter sounds, they can start writing independently, although their spelling will be phonetic.

Once students have learned the 42 letter sounds they need to be made aware of alternative ways that some vowel sounds can be written. Initially in Jolly Phonics, only one way of writing each sound it taught, then the main alternative spellings are covered. For example ‘ai’ as in ‘rain’ is initially taught, and once this has been mastered, the alternatives ‘ay’ as in ‘day’ and ‘a-e’ as in ‘came’ are taught.

When the first three groups of Jolly Phonics letter sounds have been taught, children can be told that letter have names as well as sounds. This is when the alphabet is introduced and the link is made between letter sounds to letter names.